Hong Kong Disneyland consists of a single, small park making it the smallest of the 6 Disney resorts. The Storybook Castle is tiny compared to Shanghai and currently under renovation, coinciding with an expansion plan that will see Frozen come to life. What you can see of the castle looks as though it had an Arabian nights feel to it. The whole area is masked off and QR codes take you to a website where you can design your own castle. The plan, I believe, is to restore it to look like the iconic original castle at the first Disney Resort in Anaheim, California. 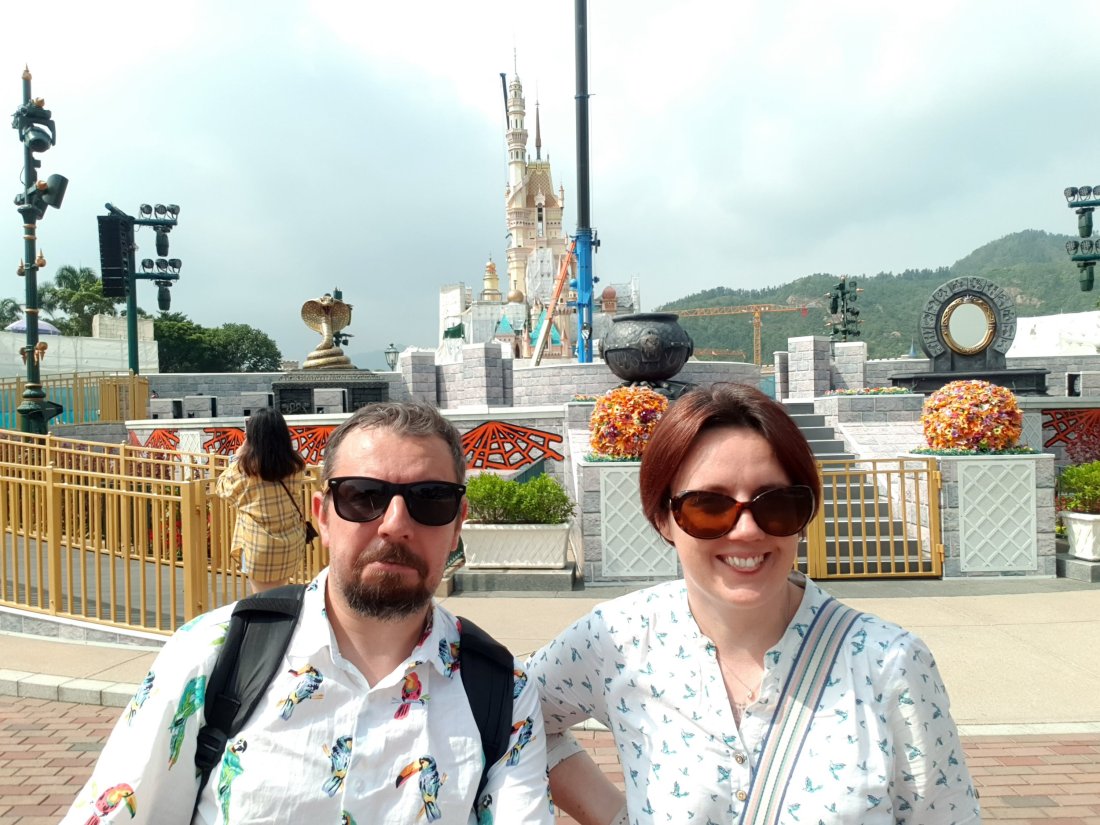 The first thing of note about this park is that we arrived about an hour before opening and were, literally, second in the queue. Once we get in we join a meet and greet queue to snap a photo with Mickey and Minnie. The second thing to note is the absence of a Walt and Mickey statue. 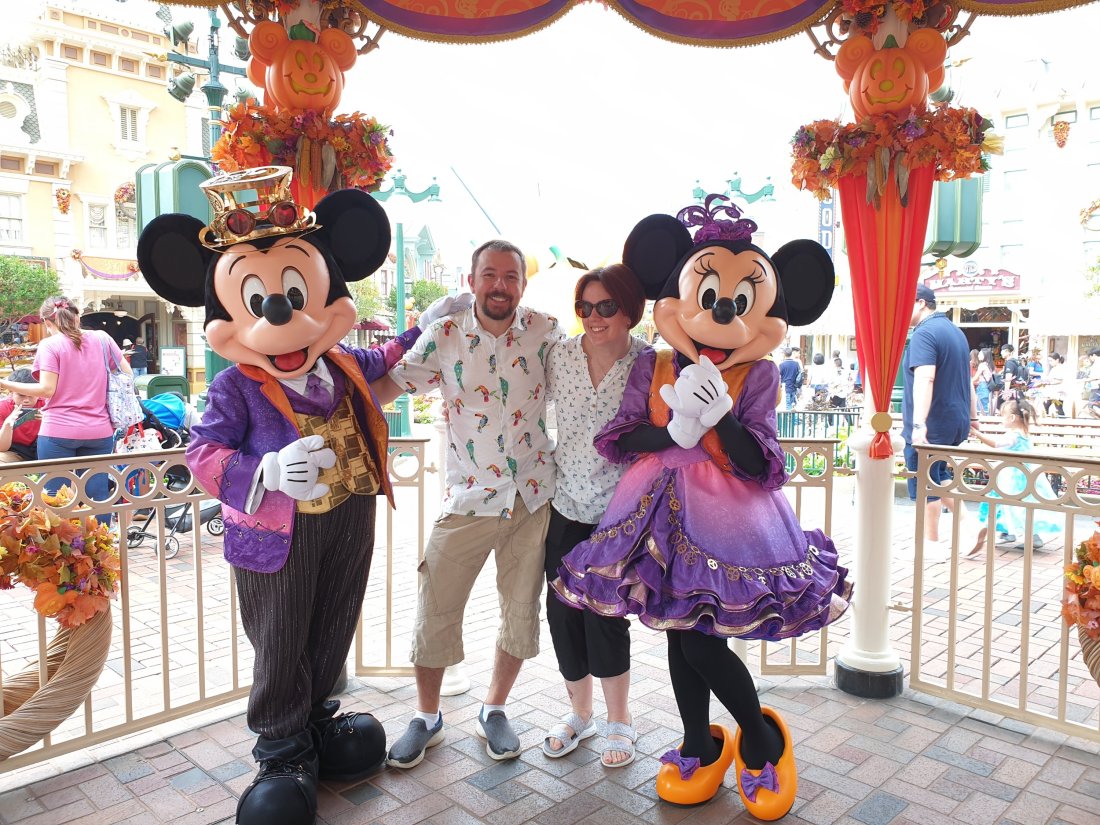 Once in the park we find that there is almost no wait for any ride. There are only two rides you can use the Disney fast pass with and neither has a queue. We walked straight on to most rides, even hyper space mountain, the updated version of space mountain that now features star wars battle scenes as you go round. (It’s freaking awesome by the way).

Once or twice we had to wait for a ride to finish or for a few minutes at most. The shows recommend arriving 45 minutes early, yet we showed up minutes before and still got good seats. It’s was crazy. As a result, we went on every ride we wanted to, sometimes up to three times. We saw every show we wanted to and even ones we weren’t bothered about, which were usually good too. We saw both parades and the two night shows. The ‘We Love Mickey’ projection show on main street and Jack Skellington’s villainous gathering, which was great fun.

We also got to meet all the characters we wanted and some random ones. The best one was Oogie Boogie though he was the hardest to pin down. You have to queue outside the pavilion where the Road to Halloween Town attraction is housed, a kind of haunted house walk through where people jump out at you. You queue up knowing that your photo encounter will be random. One of either, Jack, Sally or Oogie. Or first time we met both and Jack and Sally together. She was lovely and told us that Oogie was around and up to no good. We then did the attraction and queued again. This time we found just Jack on his own. We tried again later in the day when the queues sadly start to increase. Luckily, we rounded the corner to find an awesome Oogie Boogie and he was delighted to take all the pics we wanted.

The rest of the park has some Iron Man stuff. The Expo is a bit needless, it’s just a front for meeting Iron Man for pictures, but worth it. It ties in neatly with the Iron Man Experience where you fly over Hong Kong. Obviously, it all goes wrong and Iron man flies out of a photo meet to come and save you. It’s an excellent 3D ride where you get buffeted about and feel like you are really falling and getting thrown around.
So, do you need two days at Hong Kong Disneyland? It’s entirely up to you. We did, but we normally give ourselves two days and end up feeling like we’ve missed out on stuff. We pretty much did everything here with the exception of 3-4 small rides, like the carousel, in a day and a half. If you want to watch the night show and have the best spot, well there were already people sat on the floor reserving their spot at 1845 with a show start at 1930. The same works for the parades, the earlier you get to the spot you want, the more likely it is no one will beat you. However, people with kids generally assume that no matter how late they arrive, their kid is entitled to your spot anyway and will just shove them in front of you so they can take photos of the back of their heads should the child be interested in the parade, or their screwed up, tear stricken faces if they are simply petrified by the giant versions of characters that are usually tiny on their screens.
In short, spend as much time there as you want.

Aspirations of being a good writer some day. Just need to get on my backside and do it! View all posts by Technicalbob

One thought on “Hong Kong – Country No.3 – 2 days at Hong Kong Disneyland”